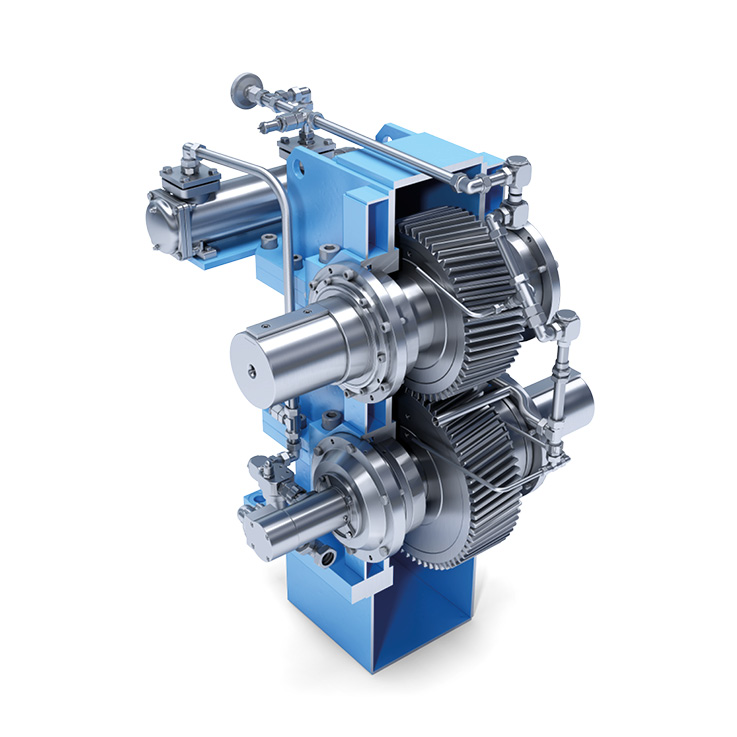 Eisenbeiss offers special gear systems for 60 Hz generator sets that enable the same gas engines to be used as for a 50 Hz grid. The speed of the generator is adapted by the gear unit to output a frequency of 60 Hz at the nominal speed of the motor. The single-stage spur gear system developed especially for this application represents the optimum solution for power outputs of up to 10 MW. For special applications this kind of gear unit can also be implemented as a changeable-speed gearbox for testing transformers with different frequency outputs, for example. The teeth and the bearings inside the gear unit have been optimised for low-friction operation so that these units achieve an efficiency of 99.5%. The limited space between the engine and the generator led the Eisenbeiss engineers to design an exceptionally compact unit with high power density. The entire lubrication, cooling and monitor system is mounted on top of the gear unit to make installation easier.

Maximum profitability of the plant can be achieved using this gear system solution with an efficiency of 99.5%.

High efficiency gear systems designed for efficiency and reliability up to 10 MW for use worldwide.