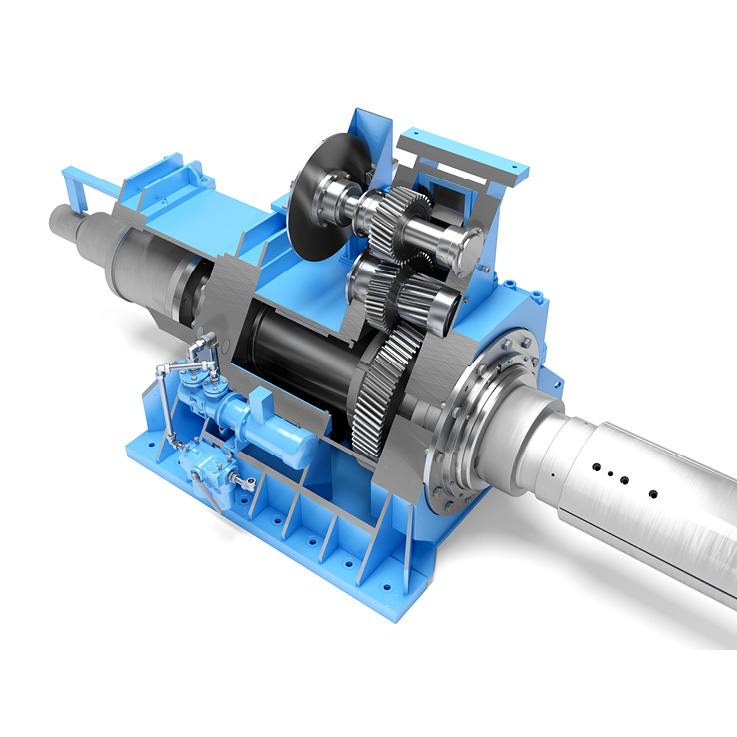 Whether it is a coil car with transport, coiler mandrel, brake, support bearing, turnstile turret or the hydraulics for the splaying mechanism, Eisenbeiss can deliver complete systems assembled and installed to the customers specifications.

In all cases the gear systems are precisely adapted to requirements.  Because of the shocks that occur (e.g. when a strip parts) particular attention is paid to making the design shock-resistant. High strip tensions and heavy coils impose severe demands on the coiler mandrel bearings, which is why Eisenbeiss use extremely robust support structures, of course only such with premium branded anti-friction bearings.

Plant builders have many options when designing the layout, not least due to the compact build of Eisenbeiss gear systems and to the choice between vertical and horizontal configurations for the step-down gearing.

The gear system solution is designed for custom plant layouts without compromising on efficiency and safety.

Thanks to our consistent specialisation in high performance gearbox building, Eisenbeiss continues to set standards in output and quality. An ingenious gearbox lubrication system ensures the highest efficiency and leads to maximum safety in all operating conditions.