The Eisenbeiss gear unit was in continuous operation without problems from 2001 until 2012 in a PVC pipe extruder. During s period of scheduled downtime, Eisenbeiss Industrial Gear Service were contracted to overhaul the gear unit as a preventative measure. When the gear unit was dismantled, considerable damage was discovered. The operational reliability of the extruder was already at risk and it was high time that the gear unit was repaired.

The damage indicated that it had been operated with an elevated oil temperature, possibly due to problems in the lubrication circuit. When the gear unit was started up again, the original problem came to light: one of the lubrication lines had been connected up incorrectly.

Gear condition before and after repair 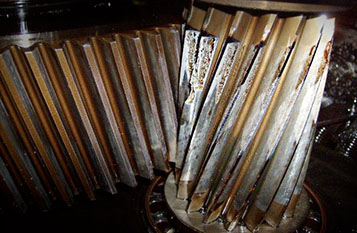 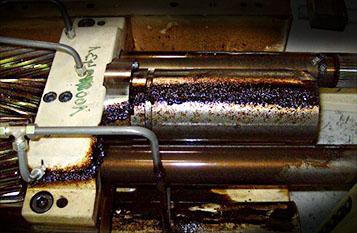 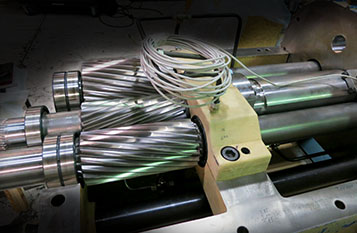